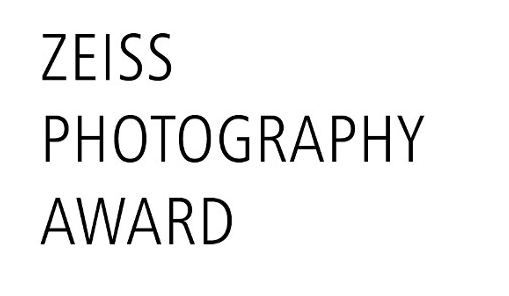 Launched in 2016 by the World Photography Organisation and ZEISS, the ZEISS Photography Award rewards the world’s most distinctive image-makers creating outstanding series showing their individual way of seeing the world.

Photographers are challenged to submit bodies of work responding to a particular theme. The 2020 brief is “Seeing Beyond – Discoveries” and the submissions will be judged by three experts in the photography industry. The ZEISS Photography Award seeks out to celebrate those photographers pushing the creative boundaries of the medium while demonstrating a strong visual narrative.

Since 1890, ZEISS lenses have been writing history: they are not only used by the most sophisticated photo and film artists, they also documented pioneer achievements of mankind, such as the first moon landing in 1969.

For the 2020 ZEISS Photography Award photographers are asked to respond to the theme Seeing Beyond – Discoveries.

Throughout time the human race has been driven to make discoveries. This might be a personal revelation, a scientific and technological breakthrough or an idea that has led to social change – a new way of thinking that’s revolutionised our everyday lives. Since photography’s inception, many great individuals have seen the camera as a tool to explore and question the world, and used the power of the image to shed light on something new.

Epiphanies, inventions and transformations from the known to the unknown, we want to see something new. Submissions exploring the landscape, humans, science, political or economic changes, or even something more conceptual, are all welcome.

While all creative responses are encouraged, submissions must actively explore the topic of the brief. The series should be between five to ten images, have a clear narrative that aligns with the brief (Seeing Beyond – Discoveries) and visual consistency.

A selection of shortlisted series will also be on show at London’s Somerset House during the Sony World Photography Awards Exhibition. Dates of the exhibition to be announced in early 2020.

17 April to 4 May 2020: The winning photo series and selected photos from the shortlist exhibited at Somerset House in London

LET OUR EXPERTS APPLY FOR YOU DIRECTLY AND PROFESSIONALLY. CLICK HERE TO CONTINUE!!!

This is your chance to get creative. This competition builds on the World Bank Group’s recent reports. Realizing the Future of Learning and Reimagining Human Connections.

As a young graduate employed in the Risk Advisory Academy, you will be upskilled to serve clients with distinction so that we continue to be entrenched as the strongest and most valued brand amongst our competitors. Our professionals need to have the acumen to handle complex situations and multiple responsibilities simultaneously, balancing long-term projects with the urgency of immediate operational demands. We are committed to establishing and empowering the firm by creating an environment of continuous learning and enriching career opportunities.

The World Food Prize is awarded for a specific, exceptionally significant, individual achievement that advances human development with a demonstrable increase in the quantity, quality, availability of, or access to food through creative interventions at any point within the full scope of the food system.

The AIMS Structured Master’s Program runs over three semesters. The requisite skills phase of the AIMS course builds a standard core set of problem-solving skills: estimation, computation, approximation, modelling, data analysis and statistics. The elective review phase allows students to apply these skills in some of the most exciting areas of science.

The IsDB Scholarship Programme is more than just a scholarship programme in the traditional sense of a straight financial assistance to the outstanding and qualified students. It is also a tool for the improvement of the socio-economic conditions of the Member Countries and Muslim communities.It is basically a scholarship programme and a development programme at the same time, since the scholarship is given as an interest-free-loan (Qard Hasan) to the students and as a grant to their communities /countries to which they belong.

Jobs and Scholarships Daily Updates was established with the purpose of assisting Africans achieve their full potentials by seizing the latest opportunities around the world! This platform was launched in August, 2019 and has influenced millions of lives positively in Sub-Saharan Africa. It is proudly managed by Olastep Networks.
Contact us: admin@jobsandschools.com
© Proudly Managed by Olastep Networks
MORE STORIES

Contest for Lex:lead Essay Competition 2019 for Students in Developing Countries...