🔔Register for FREE and start making money through our Anniversary Bonanza 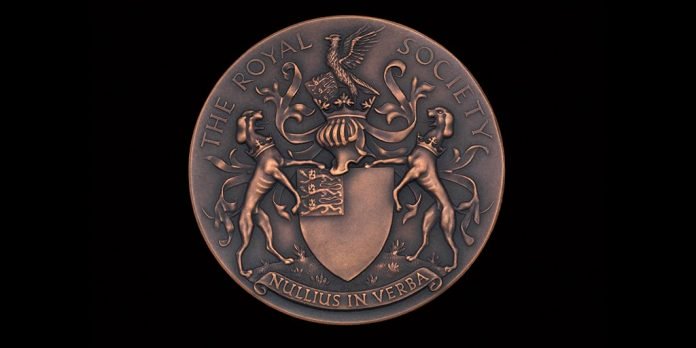 The Royal Society Africa Prize is to recognize outstanding research scientists based in Africa who are making an innovative contribution to the sciences which contributes significantly to capacity building in Africa.

The winner will receive a bronze medal, accompanied by a £15,000 grant towards their research project and a gift of £2,000.

The prize was previously the Royal Society Pfizer Award which was last awarded in 2016.

The Royal Society Africa Prize (hereafter referred to as the Prize) will be made to an individual (hereafter referred to the Recipient) for an outstanding, innovative contribution to the sciences which contributes significantly to capacity building in Africa.
 The Prize is intended for researchers at an early stage of their research career (usually having received their PhD within the last 10-15 years) with the potential to build a research project to follow on from the prize.
 The research must be based in Africa.
 The Prize will make a grant of £15,000, including VAT where applicable, to the Recipient for a research project and £2,000 as a personal prize for the Recipient.

 The Recipients must notify the Royal Society of any change in their status or location.
 The Recipients will also be awarded a specially struck commemorative medal and they are expected to receive the Prize in person at a ceremony at the Royal Society, except in exceptional circumstances such as ill-health.
 Nominations can be made by senior academics and members of the national academies of science.
 The project and nominee should be linked with an African centre of excellence, which would normally be a University, or equivalent research centre.

 Normally the Prize is given to an individual who has not yet reached full Professorship status.
 Nominators are required to submit two referees for the nominee. These will be requested once
nominations have closed and are shared with the relevant selection committee.
 Referees should be as independent as possible – i.e. not from the same department, nor have published/ collaborated together with the nominee in the last 5 years. The referees should also not be a member of the relevant selection committee nor the Council of the Royal Society.

🔔GET QUALITY CV TODAY AT A 70% SPECIAL DISCOUNT

We are Healthcare Facility company. We are seeking an energetic and target driven Female personality to fill the position of a Zonal Sales Manager to market our medical devices and services. The Manager will report directly to the Managing Director. He must be a career minded person, positive and self- motivated individual with natural ability to deliver result on targets. He must be ready to use his/her sales experience and leadership ability to grow our business. It is a demanding but rewarding position.

CIFMAN COLLEGE is a co-educational secondary institution, founded in April 2009, with focus on offering all round education through an integrated scheme of a mix of Nigerian and British curricula. The curricula and co curricula activities are student centered and are channeled towards students’ strength and their core competence in a bid to achieve independence in learning and learners being critical to what they learn.

Lafarge Africa Plc, is a member of LafargeHolcim, the world’s leader in sustainable building solutions. Listed on the Nigerian Stock Exchange, Lafarge Africa is actively participating in the urbanization and economic growth of Nigeria, the largest economy in Africa.

Smart Partners was founded by Tijani Iyemifokhae , a graduate of Industrial Chemistry, University of Benin with MBA (Human Resources) Lagos State University Ojo. He has more than a decade work experiences that span across some leading law firms as Practice Development Manager. At Fine and Country International (West Africa) he was the Head of Operations and Strategy.

Nextier Capital Limited is an investment and multi-competency advisory firm with a primary focus on agriculture, power and petroleum. With offices in Abuja, Enugu, and Lagos, we provide a full range of services to our clients with a goal of becoming their most trusted advisor. We achieve this goal by providing counsel to our clients in the areas of policy design, strategy consulting, performance management and research.

Owens and Xley is a business consulting and advisory company. We offer strategic services in the areas of business advisory, business development and planning to small businesses that would otherwise not have access to the technical competencies available to bigger companies. We know the role good planning plays in any business and its associated costs, and the initial capital challenges faced by small a business, which is why we have developed solutions which ensure that the small business owners still have access to the technical skill but at a fraction of the cost. We aim to help entrepreneurs and small business owners get better business results with less cost.
Load more

Jobs and Scholarships Daily Updates was established with the purpose of assisting Africans achieve their full potentials by seizing the latest opportunities around the world! This platform was launched in August, 2019 and has influenced millions of lives positively in Sub-Saharan Africa. We are proudly managed by Olastep Networks.
Contact us: admin@jobsandschools.com
© Proudly Managed by Olastep Networks

Connect with others to get the latest jobs, scholarships, updates on WhatsApp & Facebook for FREE

— Register for FREE and start making money through our Anniversary Bonanza